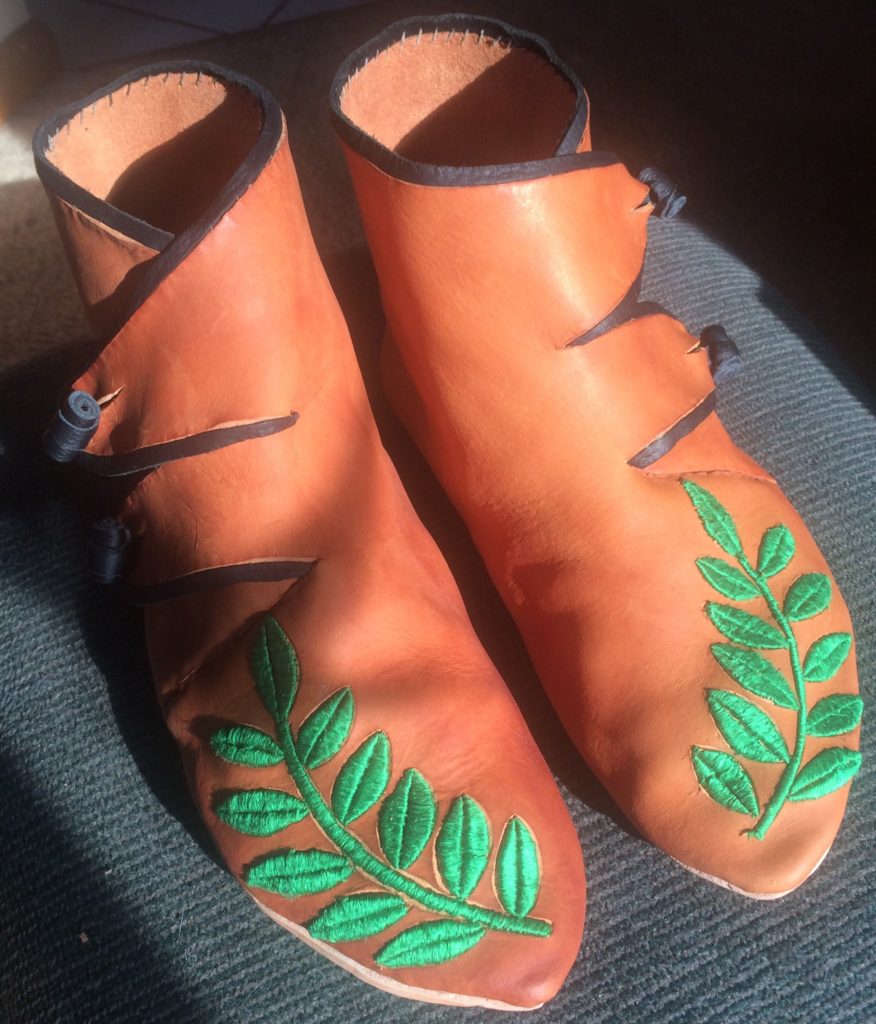 This pair of shoes was made for an SCA Laurel elevation ceremony. I don't know of a historical design of this type for the embroidery aspect, but I chose to use silk this time, rather than cotton or linen thread.

Based on the fact that the silk thread was catching on my hands while handing it in preparation for sewing, I thought it would likely catch on the interior of the leather as it was pulled through. However, much to my surprise and delight, it didn't catch at all! The cotton and linen thread does not catch either, but it does offer resistance and it tends to start fraying after not so many passes through the leather. Silk, though, takes much longer to begin fraying, and is less noticeable when it does.

We know silk was used for shoe embroidery for numerous pairs that have been found, so it's totally valid as a material. Silk may have even been a commodity, at least in some times and places. This silk is sold as "drawn" by Miriam's Yarns and Fibers. I used a number 5 glover's needle to apply it.

As for the design itself, I used Photoshop to work out the dimensions and placements of the laurel design on the shoe vamp. I scanned my existing shoe pattern and found some laurel designs online, which I then manipulated to fit at the same scale where they would look like a full laurel wreath when the two shoes are next to each other. I then printed left and right versions and used a scratch awl to transfer the design from paper to leather. Those lines were then incised with an X-Acto knife.

The leather is 4-5 oz., Tandy veg-tanned, treated with two applications of neatsfoot oil to soften it and make it easier to bend at the incisions.